澳洲好文赏析：Being prepared is key to success

Being Prepared is Key to Success

The world is full of people who have something to say and I am one of them. Here is why you should listen to me. I have been around for 91 years and have seen many adverse events. Some have come unexpectedly. My message is about being prepared.

Australia has been, indeed, a lucky Country. The last piece of luck came when the world was hit by a major financial crisis. It coincided with our boom in exporting iron ore and coal. Prices escalated due to a world shortage and Australia was not hit hard.

World shortages have a habit of suddenly coming to an end. I remember well when Australia was riding on the back of the sheep. Wool was twenty shillings a pound weight. A week or so later it was two shillings a pound! I was then the Chairman and Managing Director of FLER Company Ltd., a Company listed on the Melbourne Stock Exchange. One week we had two months’ of orders in hand. The next week most were cancelled and we had barely any orders.

Obviously, every business is planning ahead. The art is to have a plan for the unexpected. A plan for emergencies.

I am a native of Austria. One day in 1938 Austria was an independent Country. The next day it was part of Germany with Adolf Hitler in charge. I was a student at Vienna Technical University. Nine months later, I was a refugee in London looking for a job to feed myself.

By now you will have guessed my message. It is the message I learnt when I joined the Boy Scouts at age twelve: “Be Prepared”.

Fortunately my father had the foresight to take me into his factory during my school holidays. His workers taught me their trade and, most importantly, their point of view of the world. This has been of great help to me during my subsequent career.

My mother insisted that I learn French. She engaged a French lady who barely spoke German when I was four. The lady took me to the park to play. We only spoke French. Eight years of French followed at School, together with four years of Latin.

English was a poor extra with one hour per week, in my matriculation year.

My parents spoke German. Dad had worked in Italy before World War One. They spoke Italian at the dinner table if they did not want my sister and me to understand. We both picked up Italian phrases in record time.

Here are some unexpected events I have lived through:

Hitler invaded Austria in 1938. Overnight, Austria, an independent country, became part of Hitler’s Germany. Suddenly, my destination was London and English had to be my language if I wanted to eat. I was fortunate in obtaining a British working permit as a consequence of a previous visit representing the Austrian Scouts. 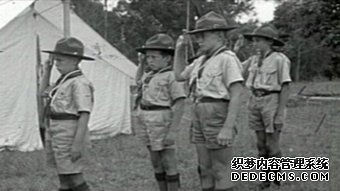 In the general turmoil that followed Dunkirk, I was interned and shipped to Australia as one of the 2,500 odd “Dunera Boys”. Again fortunate, I was released from internment on war work in 1942, as a skilled press tool maker. I became an Australian Citizen before the end of the war.

In 1945, when World War Two ended, Australia depended on imports. But imports were hard to get and even harder to pay for. It took us ten to fifteen years for Australia to establish our own world quality manufacture. I still remember how hard it was to buy a micrometer in those days.

Now, our prosperity depends mainly on two commodities: Iron ore and coal. Employment in our manufacture peaked at 28% of working persons. Now it is less than ten per cent!

We now mostly work rendering services to each other. Our prosperity depends on the boom prices currently achieved for some commodities. How long will this boom last? Can we survive if I cut your hair and in return you wash my clothes? Should we not plan to be able to survive by being able to make the things we need? We are one of the few countries in the world that can survive if the rest of the world did not exist.

We are an Autarky and we should be very much aware of this. That gives us an independence that amounts to great strength in international negotiations.

My message is: let us make plans and prepare for a glut in our export commodities. At least, let us build and maintain the institutions and technologies and train the teachers needed. Let us plan for a rapid expansion of local manufacture if and when the need arises.

One thing is certain: when our export prices drop, our international credit will crumble. So will our ability to pay for the massive imports on which we increasingly depend.


Ernest Rodeck is a 91-year-old Dunera Boy shipped for internment in Australia after the fall of Dunkirk in 1942. Creating FLER Furniture with Fred Lowen in 1945, they eventually had nine factories and floated the company in 1962. Ernest thinks that an old dog can still teach a few tricks.